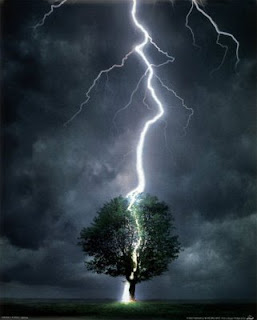 It seems significant to me that in both Genesis 1 and John 1 we find Light mentioned early. Genesis has God create first the heavens and the earth but the earth is formless. Then God through the action of his Word says: Let there be light!
If we turn now to John's gospel we see that there is more to be understood. The Word is with God from the beginning because He was God and made all that was made.

John goes on to say that the Word was life and this life was the light of man. This is very figurative and poetic language in both Genesis 1 and John 1. 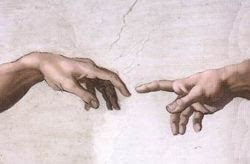 in His climactic act of creation makes man in the image of God. The life, the Word, is the light of man.

Posted by Ray Schneider at 6:56 PM