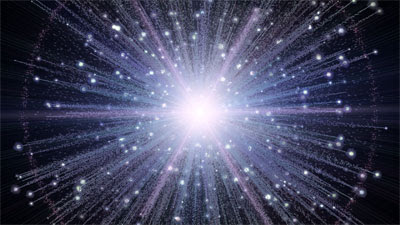 The creation story in Genesis 1 is rather obviously not to be taken literally. I don't say that with any disrespect for the word of God, only based on the fact that it is a story with several manifest lessons that have nothing to do with the ancient cosmological content in which the story is set.
We don't know if the text had an external setting in the life of Israel as possibly a ceremonial reading. The lessons it teaches are straightforward:
That I think is the religious content of Geneses 1:1 through 2:2

Now the story is set over the seven days of creation and part of the story fits more or less well into the chronology that modern science would recognize and part simply reflects the ancient cosmology of the author.
Day 1: God creates light and separates it from darkness and there was evening and morning the first day. This is rather poetic language. It isn't clear what evening and morning mean in the absence of the cycle of light and darkness provided by the sun. Light scientifically is something while darkness is simply the absence of light.

Day 2: On the second day God separates the water into water above the sky and water below the sky creating the sky. This sort of explains how it can rain, but it's a primitive and incorrect cosmology.

Day 3: God does quite a bit more on day three. He separates the water from the land and creates plants, vegetation and seed and fruit bearing trees.

Day 4: God creates the sun and the moon. Now it's always seemed a bit odd to me that He would create vegetation before there was a way for the vegetation to get light. I don't think it makes much sense as an actual account of origins.

Day 5: On the fifth day God creates the creatures that live in the sea and the birds of the air.

Day 6: On the sixth day God creates the animals and man, creating man in his own image and giving him dominion over all the other creatures.

Day 7: God rests on the seventh day blessing it and making it holy. (Note: we transition at the end of the sixth day to Chapter 2 which is strange. It is important to note that the chapter and verse divisions of the bible are not original coming about only in the 13th century and hence not divinely revealed.)

So that is the first creation story in the bible. It has resulted in all kinds of squabbling. The general sequence is not too hard to reconcile with modern science with the exception of the creation of vegetation before the sun if you imagine that the days are in fact eras. But that's really wrong headed. The cosmology doesn't really have any religious content. It doesn't matter. It's the trappings in which the religious content is wrapped. It would be hard to imagine God trying to give a modern science lesson to migrant shepherds or ancient agrarian farmers. It also does not constitute a basis for contradicting evolutionary theory. Whether evolution is right or wrong is simply irrelevant to the religious payload of Genesis 1, at least that's how I see it.
Posted by Ray Schneider at 9:44 AM