The Shroud of Turin: An Enduring Mystery (A Five Part Course)

If you go to Shroud University you'll find that I've got a rather intense course on the Shroud of Turin listed.  You can go to the Entrance of the course by clicking HERE  The course consists of five lectures.  The first is a bit shorter than the rest because the camera was running on batteries and the batteries ran down.  Also at the page are links to the slides in both pdf and power point formats as well as two page handouts which was mostly a few reference links.  To get you started, here's the first lecture below if you're interested.

Hardly Working ... I Need To Be Here More

Well here we are running up to the New Year and I'm only just getting around to pointing anyone who comes by to my paper at the Shroud of Turin International Congress held in St. Louis in October this year.  The general website for more videos can be found HERE  and if you are interested in the papers and such check them out HERE
Posted by Ray Schneider at 7:14 PM No comments:


Posted by Ray Schneider at 5:41 PM No comments:

Programming Including A Discussion of the Shroud of Turin


The first hour and eighteen minutes is on cancer treatment and the huge cancer industry.  Then right at 1:18:35 or so it starts talking about the Shroud of Turin with Dr. Andrew Silverman.
Posted by Ray Schneider at 3:54 PM No comments:

This is truly a terrific video about the Shroud of Turin.  One of the things it demonstrates is the impossibility of the 1988 Carbon 14 dating result since the shroud clearly images the same body that left duplicate markings on both the shroud and the sudarium of Oviedo a cloth known to be at least from the 8th century and traditionally believed to be the cloth used to catch Christ's blood as he was taken down from the cross and transported to the tomb.

Another documentary on the Shroud featuring discussion with Dr. John Jackson.  This video includes discussion of the Man of Sorrow which connects to the testimony of Robert de Clare and the device used to raise the shroud.

A documentary that features Ray Rogers, Peter Soons, as well as Sue Benford and Joe Marino.
Posted by Ray Schneider at 10:58 AM No comments:

Barrie Schwortz on the Shroud of Turin

Barrie Schwortz is the documenting photographer of the 1978 STURP project which was the most comprehensive serious scientific research done on the Shroud of Turin ever.
Posted by Ray Schneider at 6:11 PM No comments: 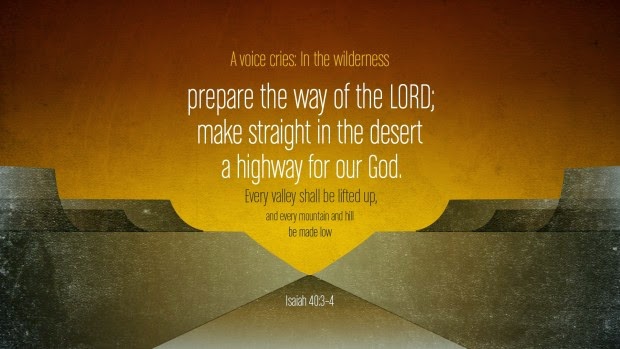 19 This is the testimony given by John when the Jews sent priests and Levites from Jerusalem to ask him, “Who are you?” 20 He confessed and did not deny it, but confessed, “I am not the Messiah.” 21 And they asked him, “What then? Are you Elijah?” He said, “I am not.” “Are you the prophet?” He answered, “No.” 22 Then they said to him, “Who are you? Let us have an answer for those who sent us. What do you say about yourself?” 23 He said, “I am the voice of one crying out in the wilderness, ‘Make straight the way of the Lord,’” as the prophet Isaiah said.

Clearly the actions of John the Baptist were disturbing the powers that be.   In the holy land of Jesus' time there were several groups of people.  The Sadducees who were what we might call the government ruling class or religious heirarchy, the Pharisees who were the religious intellectuals, the Essenes  who were a kind of monastic class, and the Zealots who were a class of people who wanted to get rid of the Romans who were ruling the land.

This group was from the Pharisees according to verse 24.  John the Baptist was stirring things up and was very popular with the common people.  He was calling for repentance.  It's quite natural that they would want to know on what authority he did this.  The two obvious possible answers were that he was the expected Messiah or he was Elijah the prophet returned from the dead.  John says he is neither of those and so they are left in a quandary.  "Well who are you then?" is the obvious question.  John answers with a quote from Isaiah thereby claiming that he is the fulfillment of a prophecy.

"Lord" is a special word because it has multiple meanings.  Normally it refers to a member of the aristocracy or royalty but it also is the word used to refer to God rather than pronounce the name of God so it also can mean quite literally "God."  In this case John means both since Jesus is Messiah, i.e. the one who is to come, King, anointed, and some also expected a priestly figure.  The Essenes were expecting two figure a kingly figure and a priestly figure, but in fact the one whom John is a harbinger for is simultaneously King, priest, and God.
Posted by Ray Schneider at 5:48 PM No comments: