Thoughts: Revelation as a Conversation with God 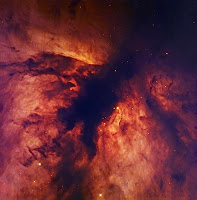 I have been traveling through Genesis slowly. This work is a process of slow and continuing reflection on each passage. I don't have any grand design except to try to understand without any preconceptions. For that reason I'm not drawing on many outside resources or even trying particularly to be authoritative or to appeal to authority beyond common sense.

My general presumption is that with which anyone might approach a sacred book, that of respect and a spirit of acceptance. I don't have a settled theory of revelation beyond what might be called a conversational theory. Such a theory presumes that there is a God and that He is capable of communicating with man, but does so rather as another might communicate, conversationally, but with some capacity to communicate power and grandeur so that His communications are accepted as what they are, authoritative from a divine being.

If we, who come so much later, are to understand revelation in this way, we have to first understand the likely mind of the people to whom God is communicating. They appear to be nomadic tribespeople. They live in a polytheistic world filled with a sense that spirits are in all living things. The lifeforce is literally in the blood of living things. We have to tread with light feet and try to suspend our own judgments which are themselves rooted in a lived reality so very different. Whenever we encounter something that seems a little strange, we probably should inquire about what it might have meant to people who lived so long ago.

It is also important to remember that we read in translation. This too means that a lens of interpretation, that of the translator, separates us from the original writers who may themselves have been redacted. Little is certain except that a great gulf of years and cultural shifts and sensibilities separate us from the original conversation. Such is my understanding of revelation assumed here as a background as we contemplate continuing through Genesis.
Posted by Ray Schneider at 8:03 PM